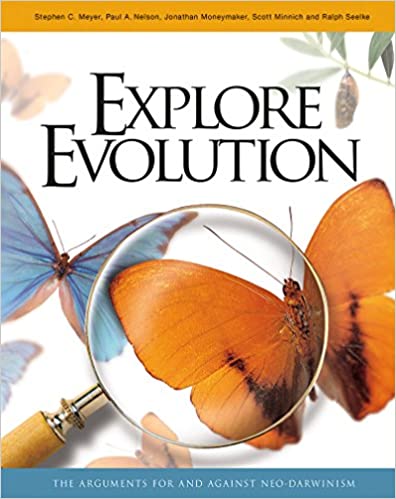 Explore Evolution: The Arguments For and Against Neo-Darwinism

Paidea Classics is now carrying "Explore Evolution: The Arguments For and Against Neo-Darwinism". This is an excellent supplement for both a Christian/Creation-based biology, or secular/Darwin-based biology. It is excellent preparation for higher education in a secular university. It provides a strong scientific argument for Intelligent Design, but also clearly explains Darwin's theory of evolution.

The purpose of Explore Evolution is to examine the scientific controversy about Darwin's theory, and in particular, the contemporary version of the theory known as neo-Darwinism. Whether you are a teacher, a student, or a parent, this book will help you understand what Darwin's theory of evolution is, why many scientists find it persuasive, and why other scientists question the theory or some key aspects of it. Sometimes, scientists find that the same evidence can be explained in more than one way. When there are competing theories, reasonable people can (and do) disagree about which theory best explains the evidence. Furthermore, in the historical sciences, neither side can directly verify its claims about past events. Fortunately, even though we can't directly verify these claims, we can test them. How? First, we gather as much evidence as possible and look at it carefully. Then, we compare the competing theories in light of how well they explain the evidence. Looking at the evidence and comparing the competing explanations will provide the most reliable path to discovering which theory, if any, gives the best account of the evidence at hand. In science, it is ultimately the evidence-and all of the evidence-that should tell us which theory offers the best explanation. This book will help you explore that evidence, and we hope it will stimulate your interest in these questions as you weigh the competing arguments.