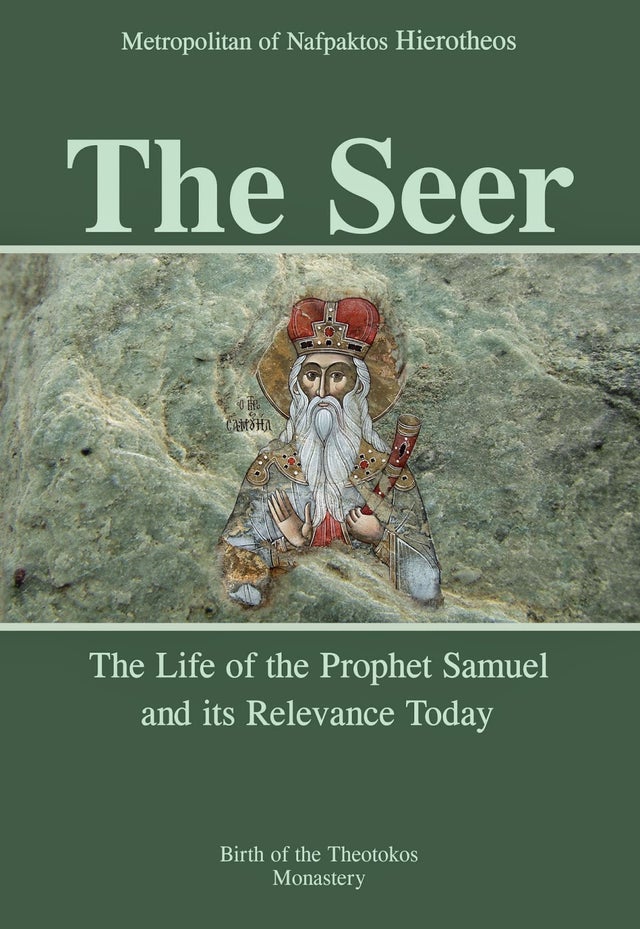 The Seer: The Life of the Prophet Samuel and its Relevance Today

The Seer describes the life and work of the Prophet Samuel, called ‘the Seer’ by his contemporaries. Early chapters focus on Hannah’s prayer and discuss prayer of the heart. There are practical comments about family relationships and bringing up children in the Church. The chapter on Samuel’s sons considers why children from devout families sometimes rebel. The Prophet Samuel received revelations from God and possessed the spiritual gifts of clear sight and seeing into the future. There is a detailed discussion of what exactly these charismas are and why God bestows them. There is a compelling account of how Saul was filled with the Holy Spirit when anointed by Samuel, and how he later lost this gift. Saul’s sins seem superficially trivial, but were actually so grave that they caused God to ‘change His mind’ about him. As a spiritual father, the author is able to understand and describe Samuel’s profound grief over Saul’s fall. This is an interesting, enlightening and very readable book for the general reader about a major biblical and historical figure. For spiritual fathers and those they guide it throws light on the mystery of obedience and the consequences of disobedience. For parents and would-be parents it has a personal message. And for all Christians it provides an inspiring example of a man of God filled with spiritual gifts, who was in communion with God throughout his life and never grieved Him at any point.