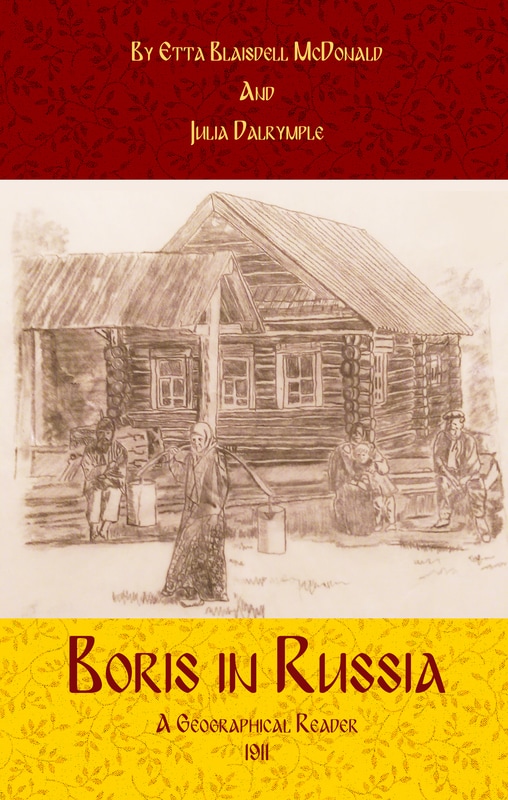 In this story of Russian life, one sees broad fields of grain and flax, herds of sheep and cattle grazing on the grassy steppes, slow rivers creeping for hundreds of miles across the vast plains; and one feels the deep religious fervor of the people and grasps the nation's wonderful opportunity for power and progress. In contrast to the humble home of the peasant, with its bare furnishings and meager fare, there is the magnificent splendor of the cathedral with its ceremonies, its jeweled icons, its thousands of flickering candles,--tiny flames symbolic of desire, which once kindled, burns forever in the human heart.

Boris Antonovitch, the young peasant of the story, typifies the Russia which feels a stir of might and looks for a place among the great nations of the world. Born in a country village on the Volga River, he grows to be a sturdy, active lad, doing his share of the work in the fields, and taking his part in the fun of the village festivals. But he longs to see the world, and with his father's permission he goes to the great fair at Nizhni Novgorod, which has been held annually for over five hundred years. Later he goes to Moscow where he sees the snowfall over the city, just as it fell in 1812, driving Napoleon and his French army out of Russia in disastrous defeat. He is in St. Petersburg for the blessing of the waters of the Neva, and for the joyous celebration of Pascha; and it is here that he decides to find his place in the work of progress for his people.